montoid wrote:Feels weird sending a "Friend Request" to someone I don't know. So I won't. Love the bones of him though.

this is what i thought, finding the whole thing a touch odd.
Top

More than 400 "friends" in one day...
And I know that all the messages on his wall have been read to him by a friend of Tim himself, and he was happy.

(but I can understand you; at first me too waited a bit...)
anything anyplace anywhere for no reason at all
All my music here... http://sterbus.bandcamp.com/
Top

Well he evidently felt the need to get in touch with the kidz again, so.

Same lady's put up another shot: 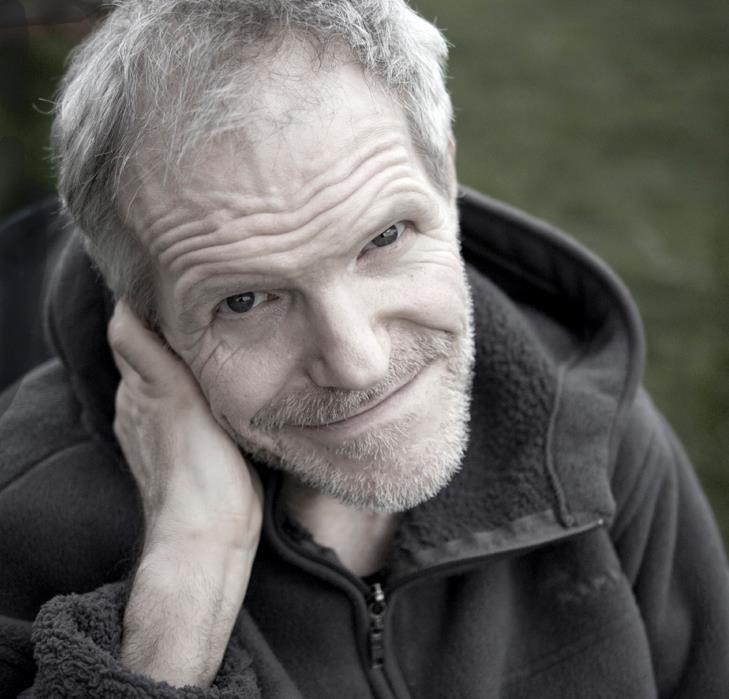 I only now understood that this is what I was waiting to see. He looks like I expected, older, a little weathered, at the same time cheerful and at peace, clearly the same person we all love and adore. For the first time I feel tempted to create a facebook account, just in order to befriend him. Like I did on myspace ages ago to befriend Steven Stapleton. Like green pig said above, the fact that he is making this public means he must be improving or at least steadily settled in a new groove. Thanks a billion for showing that.
Top

Isn't it lovely? I have a lump in my throat and a twinkle in my eye.
Top

I can't help but keep musing that he's having to support that side that he previously punched.


I hope this Faecebook move is showing him, if he should need it reconfirmed, the love and gratitude that exists out here. Post after post just basically saying thankyou from the heart of people's bottoms.
Top

I can't help but keep musing that he's having to support that side that he previously punched.

Still, that was a long time ago. (I hope he's not stuck in front of a computer all day

I actually meant that literally, physically. But thanks for taking me for a poet, heh, I guess it works that way too.

We're yet to see if he has the means and/or the inclination to actually post anything, like you say, he was quite minimal and grumpy on that diary, I can't see him becoming a tweety witterer. It would be nice to think he could eventually find the appropriate interface to make music, but maybe he'd want to make pictures or something else instead. I suppose a computer's not such a bad place to spend your time if you don't get out as much. Like me. This just seems like a conscious end to being completely out of sight though, really.
Top

I actually meant that literally, physically.

Friends (or we just should say fans) get added everyday and almost everyone, waiting patiently in line, leave a message of gratitude,respect or whatever else... like he is some sort of Gandhi, or Mandela, or Gina Lollobrigida.

anything anyplace anywhere for no reason at all
All my music here... http://sterbus.bandcamp.com/
Top

I'll be looking at the page when i'm allowed to borrow her log-in. It's wonderful to see these pictures, and the best news since the bad news.

Made Of Worms wrote:Well he evidently felt the need to get in touch with the kidz again, so.

Hello Kidz! (You will notice that I spelled the word kidz with a 'z'). I have been bowled over and knocked back by the outpourings of love, posted on here. Every one of them. You have no idea what this means. Really though. While I would love to respond to each message, you are doubtlessly aware, my body is my enemy and my hands are cunts. Nonetheless it means the world to me, thank you all so much. I am truly blessed.

Thanks for doing the honours MoW, i might have a look myself later.

The body as "enemy" was reported much earlier in the reports of the episode... i wonder if they were quoted, or if he's now quoting; the former i'd imagine.

This is intriguing i think:

Over in Collectors Corner BigShip_Iron wrote:NoW's T c Smith is on FacebOoK? ? ,
i daRe you loT to ask hIm ! HIM
What's the purPose of Bigship_Iron !
I fvcking DaRe yoU !
R?E?S?

When i first looked at Tim's Facebook page, BSI had been 'there' at the time of the sign up, and this suggested to me that he was implicated in 'it'... iPhone an'all. So fair do's, but here i am, reading too much between the lines, bleeding nosey-parker as usual ... this just seems an unnecessarily confrontational (or pissed) message to sign up and post.
Top
Post Reply
54 posts